Menu
Home » Places » 10 Most Luxurious Airport Lounges In The World

10 Most Luxurious Airport Lounges In The World

We all hate to travel in crowded airports, long lines, rude people ….. But there are ways to make our traveling experience a little nicer and also be pampered at the same time. Companies have made all the arrangements for their customers to make them feel the elite. But for that you have to be strong from your pocket.
Here I have compiled some of the most luxurious airport lounges that are sure to impress even the most seasoned traveler. 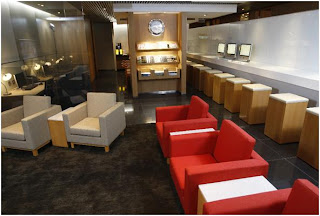 This luxurious terminal lounge has private cabins with showers, beds and Jacuzzi tubs. Top it all off with free Wi-Fi, and executive office suites and you’ve got yourself quite the lounge. It is in Hong Kong International airport. 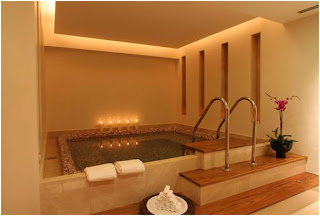 If you are in need of secretarial or medical services, you’ll find both in here. If you have kids there are a number of Wii consoles as well as a free nanny service. Definitely, a relaxing way to get ready for a flight or to recover from one.It is in Doha International airport. 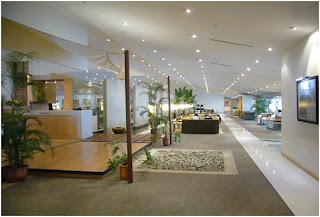 In Malaysian Airlines Golden lounge you will also find a river that literally runs through the terminal. Other notable amenities include: a gym, private rooms, and arcade and a full-service daycare center. It is in Kuala Lumpur International Airport. Lufthansa’s Frankfurt terminal lounge features a cigar lounge, and if you are a first class traveler you will have a personal assistant from checkout to departure where you will be driven out to the tarmac on a Porsche Cayenne. 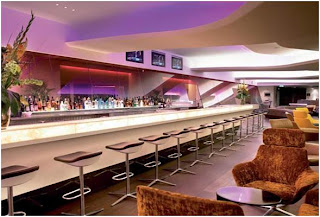 Virgin’s flagship at London-Heathrow features: a lounge, a den as well as a clubhouse all is done in typical Virgin style. 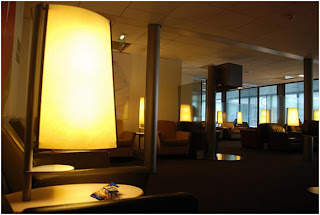 The Air France lounge features some of the most useful amenities: showers and massages. While all the modern bells and whistles are nice, nothing beats a nice hot shower upon arrival. 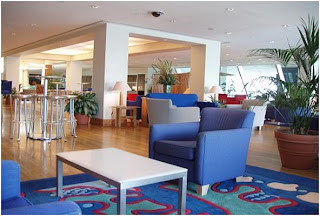 British Airways is always known to up the ante. Put trickling water fountains and nature sounds together with hydrotherapy showers, and pre- and post-flight massages and you have a way to truly relax if you are coming or going. 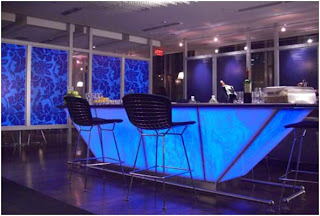 American Airlines flagship lounge is a 7,000 sq ft facility that features a complete business center and cyber cafe with complimentary printer and fax services. It is in New York’s La Guardia airport.

Qantas First Class Lounge, Sydney
This lounge features a 180 degree view of Sydney’s beautiful Botany Bay. The main feature of this lounge is the day spa with a number of complimentary treatments to help you relax. It is in Sydney international terminal. 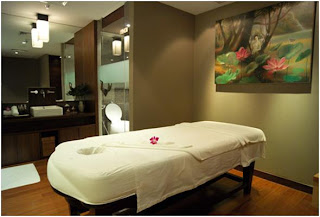 The Royal Orchid offers complimentary traditional Thai massage to its visitors, as well as a host of other amenities. And just to show you that you are in fact a VIP, you can expect tarmac transport from via the airlines fleet of Mercedes-Benz-es.