We all use Twitter to stay in touch with the news and with our favorite celebrities (and their every mundane thought) but we all know that every now and them, our Twitter feed provides with a good laugh. This list is designed to help you identify twitter accounts you should follow which produce laughter-worthy tweets a little more frequently as you’re staring at your iPhone. 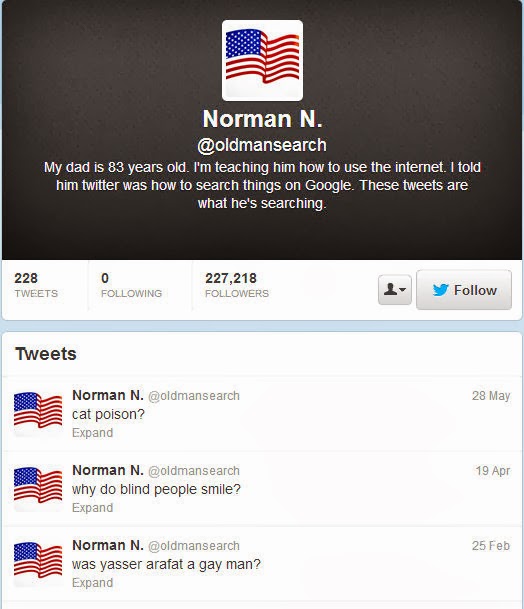 Meet Norman. He’s an eighty three year old fellow with a confused mind. Thinking that Twitter is Google, Norman tweets things that he is actually searching for, and some of these tweets are real jewels that’ll have you guffawing before your morning coffee. Examples include: “cannister of olympic pool water for gift” and “cologne that smells like paper”. 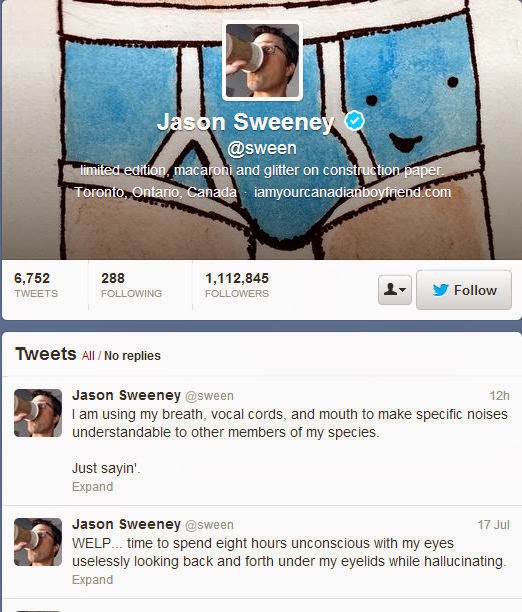 This gem of a Tweeter has over one million followers. For anyone in the Twitter world, that’s some serious street cred. Not only is this guy a regular Tweeter, but he apparently also has access to an unlimited pool of funny. No matter how down you are, scrolling through his timeline is bound to make you smile, at the very least. One of his more recent tweets? “If anyone needs a life coach, I’m available. Oh, sorry. That’s a typo. I meant life “couch”. You can sit on me until you die.” 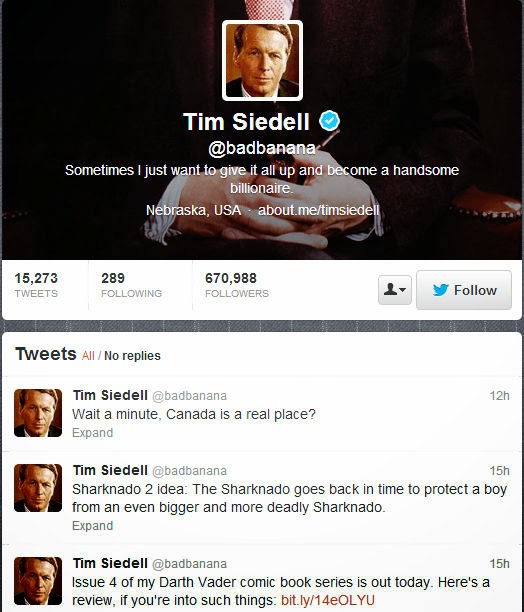 Now this fella is just outright famous. Featured in the big leagues like TIME Magazine, NPR’s weekend and edition and – wait for it – the Huffington Post, his humor isn’t the sort that you can just scroll by and laugh at. This man invests in his chuckles. There is often a hilarious link to follow or a GIF that must be opened before mind-numbing laughter commences.

Lord Voldemort, or He Who Must Not Be Named 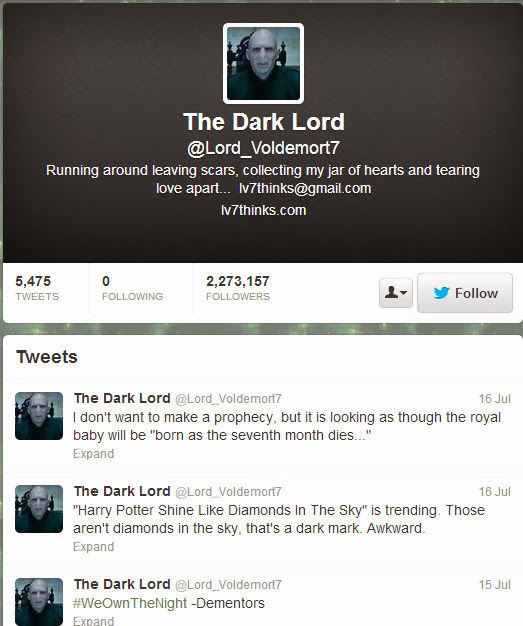 Who better to round off this list than the man/fictional character we have all come to hate? Old Voldy posts quirky combinations of the most trending topics, combined with some Harry Potter references. Not only will his account have you remember the good old days when you snuggled up with the latest release, but you’ll be doing that with a big old grin on your face. Who knew the Dark Lord had it in him? 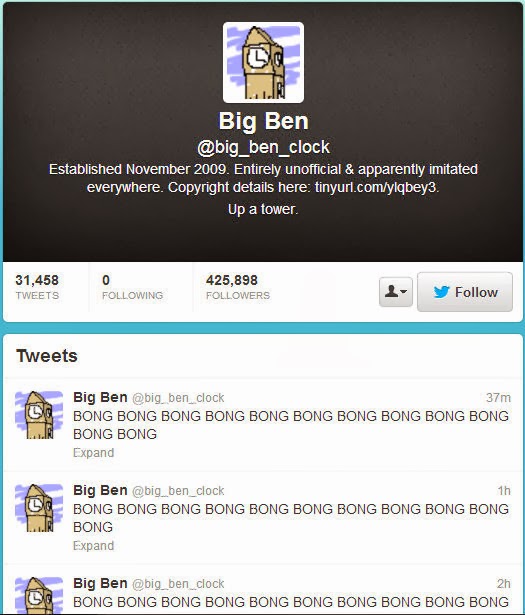