Menu
Home » Sports » 10 Most Dangerous Sports of All Time

10 Most Dangerous Sports of All Time

Sports have always been taking as a source of physical fitness as well as fun and entertainment. They’ve also become the careers for many of the people. But many new sports have come into existence due to different natural talents and crazy hearts. These dangerous sports are being played by many people around the world and although they cause many accidents, people don’t cease to play them. All the protection in the world does not help when a lethal accident occurs.
Compiled below is a list of 10 most dangerous sports of all time. The irony is that the more dangerous you get, the more points you score. 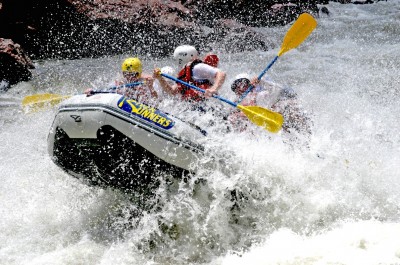 This sport is the most challenging one where a single person or a group take on a running and dangerous white water river on a raft. The water is mostly white or it can be of different degrees. This sport started in the mid 70′s and is being played still. It is measured as an extreme sport and it can be harmful. 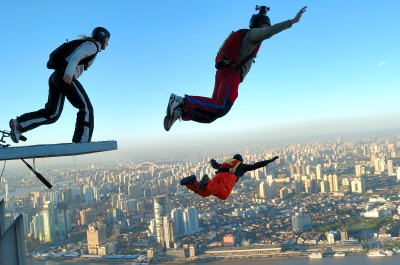 Base jumping is actually known as B.A.S.E jumping where B.A.S.E stands for Buildings, Antennas, Spans (bridges), Earth (cliffs). In this sport, a person jumps from either of the mentioned places and uses parachute to control his way down to the ground. An average of 10 people die annually in this sport. 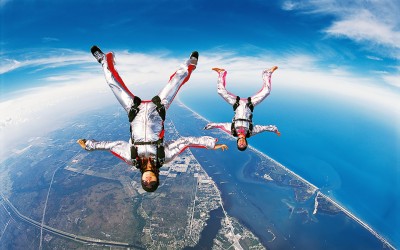 Sky diving is a common sport around the world. It’s dangerous because jumping from 20,000 feet above the ground is not easy and accidents can happen at any time. Parachute gets jammed or a sensitive person can faint up in the air or the person might suffer from suffocation. 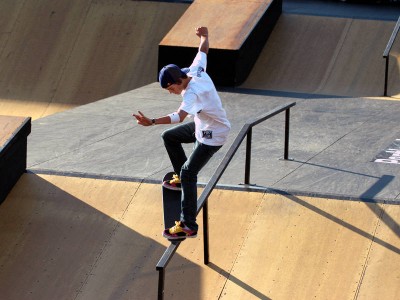 Skate boarding is mostly played by teenagers and bachelors where they use skateboard to perform different skills and stunts on the streets or in any skateboarding rink. Even if you become a professional skateboarder, accidents and mistakes still happen because balancing a skateboard is not an easy job. Many minor and major injuries happen in this sport. 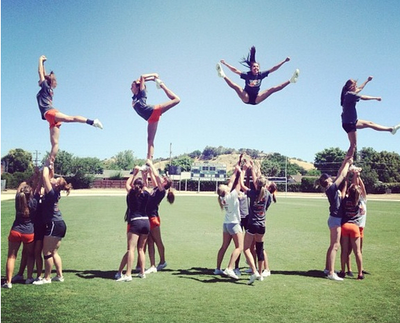 Cheerleading is a sport in which a group dances, perform stunts to entertain the audience to support their team in any of the sports event. This sport is not dangerous for all the participants but only for the flyers. A group of 4, 5 members throw up a single girl up in the air at a height of about 20 feet and then catch her down. A simple mistake can lead to head and spine injuries which may cripple the girl for life. 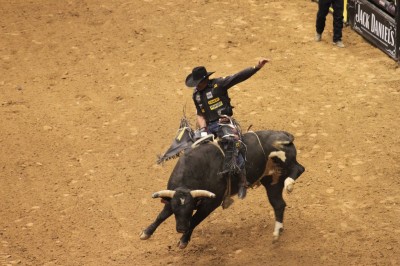 This sport involves a rider getting on a bull and stay mounted for eight seconds in order to score points while the angry bull tries to get off the rider. It is also called ” The most dangerous eight seconds of the world”. 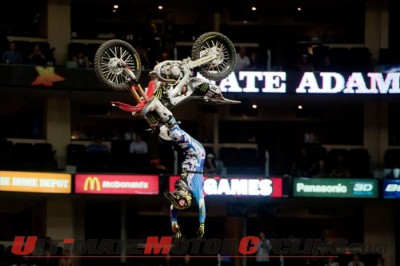 One of the most entertaining yet dangerous sports of the world. The motorcycle rider jumps from one side of the ground to the other while performing different stunts in the air to please the judges. The more dangerous the stunt is, the more points the rider scores. 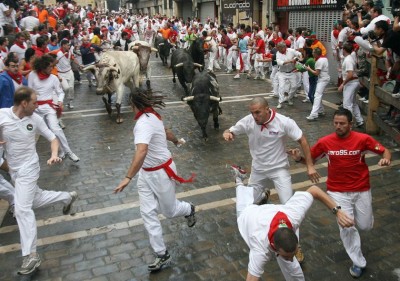 Most famous sports in played in the country Spain where people run before a group of let loose bulls for their lives. They do it to delete their fear of death and pain. It has become a tradition and a seven day festival is held every year which includes this sport. 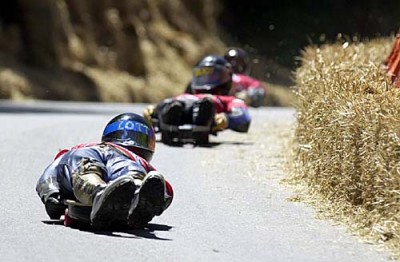 Street luging comes in the category of extreme sport where the rider rides on a streetluge board or sometimes called a sledge down a cemented downfall road. Speed gets 40-90 mph which is extremely dangerous if any accident occurs. 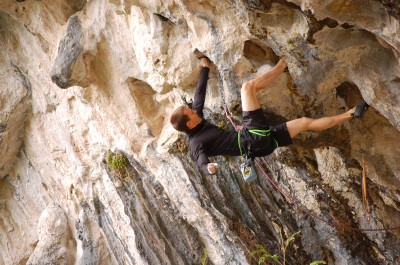 Rock climbing involves a professional rock climber to climb through natural or artificial made rocks. The route is pre-defined and the climber must come back to the starting point after getting to the end point in order to complete the route. The ropes and different instruments used in this sport could break at any time without any warning which may cause lethal accidents.