Menu
Home » Health » Top 10 Most Tasty Cuisines in the World

Top 10 Most Tasty Cuisines in the World

For all the food fanatics out there, traveling is essential, if you want to taste everything the world has to offer. That is why we have rounded up the most resounding symphonies of flavor, the most colorful dishes and the tasty bites. Here is your guide to the fascinating, international cuisines. 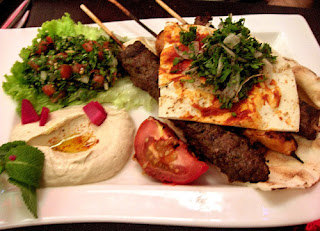 The Lebanese cuisine is the place where you can taste all the goodness the Middle East has to offer. Foods are generally Mediterranean, high on vegetables, little meat and full of flavors. Perhaps the most famous dish worldwide is the appetizer mezze – a selection of dips, pickles, salads and nibbles with Arabic bread. It also includes an abundance of fruit, fresh fish and seafood and little animal fat. The country is also famous for the Arabic sweets, Tripoli being referred to as the “Sweet Capital” of Lebanon. 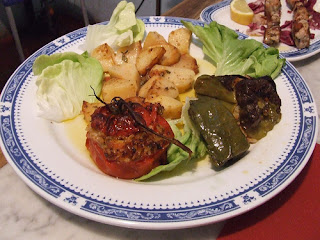 With a significant influence from the Turkish and Italian cuisine, the Greek cuisine is a focused around olive oil, vegetables and herbs specific to the Mediterranean region. Eating in Greece is a different experience from Greek restaurants in other countries – gyros for example is considered by Greeks junk food. Restaurants now offer an authentic eating experience, being up to date with the latest culinary trends and stocked up with regional specialties. The Taverna and Estiatorio are widespread, being the places where you can find affordable authentic cuisine. 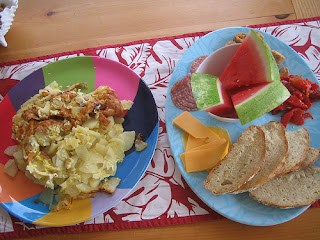 For a lighter approach on food, we turn to the Spanish cuisine, containing a variety of meat and fish, as well as vegetables. It is also influenced by the seafood available from the surrounding waters. Spanish cuisine uses the most oil among all Western and Central European cuisines. One of the most popular drinks in Spain that goes perfectly with its national dishes is sangria, a drink made of wine and fruits. 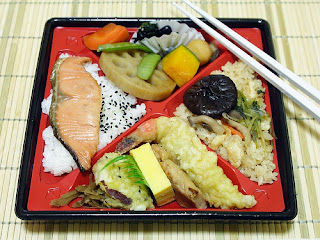 Known for its seasonality of food, aspect and quality of ingredients, the Japanese cuisine is rapidly becoming a trend worldwide. White rice and soybeans are the ingredients you should expect to find in almost any dish. According to Michelin Guide that ranks cities worldwide for their restaurants, Tokyo is the most delicious city, with 150 top-ranked restaurants, as opposed to Paris and London that have 148. Apart from its capital, it is fascinating to uncover the local cuisine throughout Japan. 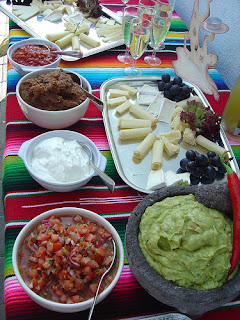 Known for its varied flavors and spices, Mexican Cuisine is a result of the Spanish conquistadores’ interaction with the Aztec culture. Most of the Mexican food we eat today is a delicious combination of ancient traditions, Aztec, Mayan and Spanish. The French also had their part in the story, adding baked goods such as sweet breads and the bolillo. You can easily choose the restaurant you are going to eat in by popularity: restaurants with good food usually attract all the customers. There are also exotic options for your menu, such as iguana, insects, rattlesnake, deer and even spider monkey. 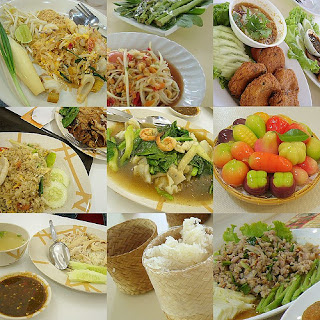 Many people say Thai food alone, with its balanced mix of hot, sour, bitter and sweet, is a good enough reason to visit the country. The foods are characterized by the use of fresh herbs and flavors, such as lime juice, lemon grass and fresh coriander. Similar to many Asian cuisines, rice is the main component in Thai foods as well. You will often come across nam pla, a strong fish sauce, shrimp paste and noodles. If you’re looking to get a kick of out your lunch, you should try the raw beef, fermented fish paste or deep fried insect larvae mostly present in the Northeast, where eating insects in fairly common. 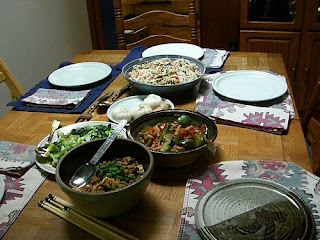 Originated in various parts of China and now spread throughout the world, Chinese cuisine is now eaten by a third of the world’s population every day. The cuisine is easy to create, economical and tasty. Most of the food is prepared in bite-sized pieces because the Chinese culture regards knives and forks as weapons. Usually, every person at the table is given a bowl of rice while the other dishes are shared by everyone at the table. Some dishes are cooked from endangered species, such as facai moss while others from meat you would want to avoid such as dog. 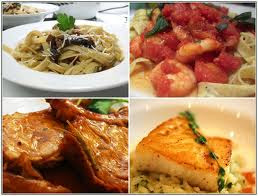 Perhaps one of the oldest in the world, the Italian cuisine can be traced back to the 4th century BC. It became what is today along with the discovery of the New World, that brought potatoes, tomatoes pepper or maize on the list of ingredients. An Italian meal is structured into several sections: antipasto (the appetizer), primo (pasta or rice dish), secondo (meat course), dolce (dessert). Italy is also famous for over 400 kinds of cheese, including the famous Parmigianino Reggiano, and 300 types of sausages. 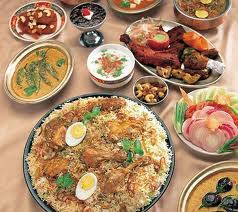 Pakistani cuisine can be described as a refined blend of various regional cooking traditions of the South Asia. Pakistani cuisine is known for its richness and flavour.
Pakistani dishes are known for having aromatic and sometimes spicy flavors, and some dishes often contain liberal amounts of oil which contributes to a richer, fuller mouthfeel and flavour. Brown cardamom, green cardamom, cinnamon, cloves, nutmeg, mace, and black pepper are the most commonly used spices in the making of a wide variety of dishes throughout Pakistan. Cumin seeds, chilli powder, turmeric and bay leaves are also very popular. In the Punjab province it is further diluted with coriander powder. Garam masala (aromatic spices) is a very popular blend of spices used in many Pakistani dishes. Dishes such as biryani, nehari, naan, haleem, roti, plao, makae ki roti and sarsun ka saag, sabz qehwa and many other dishes are included in Pakistani cuisine. 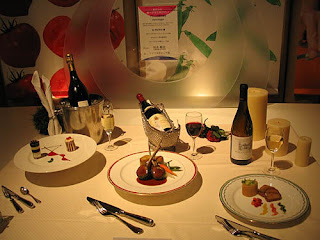 Starting with the Middle Ages that brought rich banquets to the French Revolution, where refined techniques were used, French Cuisine can be called in the 21st century “haute cuisine”. It is as popular as the poetry or French arts, a meal at a restaurant comparing to “a sort of theatre you can eat”. Pastries are a large part of French cooking. Cheese and wine are also a major part of the cuisine, being perhaps the most famous of all. The modern restaurant has its roots in French culture so restaurants are bountiful, but as for recommendation before deciding on one. In Paris alone, there are over 5,000 places to eat, with prices and menus to suit anyone’s taste.