Top 10 Beautiful Gardens of the World

Nature has always been the best source of energy and freshness. These gardens are the perfect place to admire nature in all its glory and the resourcefulness of mankind! The colors, the scents and the designs are as close to Paradise as humanly imaginable.

10.Garden of Versailles, France
These gardens occupy part of what was once the Domaine royal de Versailles. Situated to the west of the palace the gardens cover some 800 hectaresof land, much of which is landscaped in the classic French garden style perfected here by Andre Le Notre.

9. Sissinghurst Kent, United Kingdom
This is one of the most famous gardens in the world, and rightly so. Its creators, Vita Sackville-West and Sir Harold Nicolson, created the garden together as an act of marital love – despite both conducting homosexual affairs – and it remains a memorial to that marriage. Sissinghurst manages to strike a tone of high opera and a kind of particularly English rural nostalgia like no other garden. 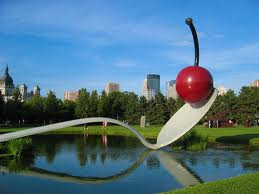 The Minneapolis Sculpture Garden is one of Minnesota’s crown jewels and its centerpiece, the Spoonbridge and Cherry, has become a Minnesota icon. . Van Bruggen contributed the cherry as a playful reference to the Garden’s formal geometry, which reminded her of Versailles and the exaggerated dining etiquette Louis XIV imposed there. 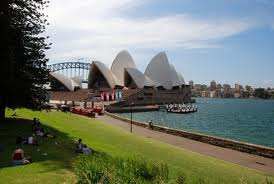 Royal Botanic Gardens of Sydney in Australia is one of the largest of three major botanical gardens in Sydney. Pyramids are not just tombs for pharaohs they can also be used in gardens. The Glasshouse effect is good for the plants as it gives greater sunlight and a better environment for the plants to grow in.

6. Shalimar Gardens, Pakistan
The Shalimar Garden is a Persian garden and it was built by the Mughal emperor Shah Jahan in Lahore, modern day Pakistan. Construction began in 1641 A.D (1051 A.H.) and was completed the following year. He Shalimar Garden is laid out in the form of an oblong parallelogram, surrounded by a high brick wall, which is famous for its intricate fretwork. 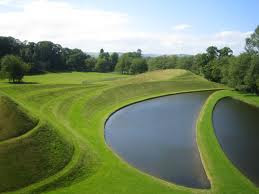 Open to the public only one day a year, the Garden of Cosmic Speculation takes science and maths as its inspiration. Quite simply, there isn’t another garden like it in the world. . Horticultural displays very much take second place in this garden. Instead, it is designed with ideas in mind – and to provoke thought (or at least speculation) about the very nature of things.

4. Butchart Gardens, Canada
What was once a quarry, transformed into a beautiful blooming garden.
The image shown above is nothing short of heaven.Butchart Gardens is one of the most famous gardens in the world which is counted among the best of the best. There’s never a dull season at Butchart Gardens, which keeps itself vibrating all throughout the year from the summers to the chilly winters.

3. Huntington Botanical Gardens , Los Angeles
Huntington Botanical Gardens comprises fourteen different gardens, each with its own unique theme.
Henry Huntington bought the San Marino Ranch in 1903, and transformed it into a botanical garden of rare and exotic plants. The garden is made up of fourteen connected gardens, each with its own theme, showcasing more than 14,000 varieties of plants.

2. Villa d'Este, Italy
It is one of the most remarkable and comprehensive illustrations of Renaissance culture. 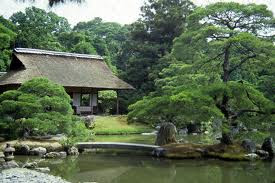 Built in the 17th century, this is an important work of Japanese architecture. Katsura Imperial Garden is so successful because it is a universal work of art, one in which everyone can find something to admire and always finds something new. Though large, it seems more like a collection of discreet experiences. Though minimal, it possesses an elegance that gives it grace. Though built in phases over a half century, it seems planned from the start. No single work captures the essence of Japan like Katsura.